I was born in Christchurch, then grew up all over the place but have returned to Canterbury recently. Now I live in Lincoln.

My nickname was and still is TK (as in Tania Kelly). Roxborogh is my married name.

What were you like in school? What was the most outrageous thing you did there?

Very, very talkative. Fearless. Often got growled at. Very naughty at high school. I did many outrageous things – most of them I was never caught for, so I’m not outing myself now.

Who is your favourite children’s author?

I don’t have one, because that’s like saying which of your children do you love more? However, I will ALWAYS choose to read New Zealand authors. Mostly because they are my personal friends but also because NZ writers are exceptional.

Movie: Toss-up between The Shawshank Redemption and Remember the Titans.

Who inspired you to write?

I think the real inspiration came from deep inside myself – the need to be heard; to speak up against what I saw as wrong with society. Of course, my English and History teachers were always encouraging.

I wrote stories and poems at school – mostly to make my friends laugh but it was something I could do well (though not spelling – still not good at spelling). I dabbled a bit in (bad) poetry at university but it was when I became a teacher that I really got stuck in. It started with plays for my students and then that seemed to open the flood gates and all these stories came rushing at me.

Why did you want to be a writer?

I thought maybe I might get listened to more if my thoughts and observations were written down in a ‘proper’ book.

Ha ha ha ha ha. Oh *slaps knee* that’s a good one. No, I do not ‘think up’ anything: ideas stalk me, wait in the shadows and then pounce; they creep into my bedroom just as I’m falling asleep. They ambush me when I’m in the shower or cooking dinner or walking the dogs. Most of these occur when I DON’T have a pen or pad handy. I find I can protect myself from these crafty ideas by carrying a recording device on me. Of course, they rarely show up then.

Do you have a special place where you write?

In my pyjamas – does that count? I vary it. Today, for example, I have written in the following places: my bed, the lazy-boy chair in my library, in my study, on the couch, at the breakfast bar (granted I was trying to organise a meal at the same time). Sometimes I do it at home; sometimes I take myself away to places that don’t remind me I should do chores, such as the local library, a café, or on holiday.

What is the best thing about being an author?

Doing the worst possible thing anyone could imagine to a character who represents someone who was mean to me. That, and when people take the time to tell me they’ve read and enjoyed a book I’ve written.

Have you had a funny or embarrassing moment as an author?

I’m always funny and I’m always embarrassing – just ask my daughters. Though once, when I was speaking to a group of high school students about a teacher I used to have who had this particularly gross habit, the kids began to squirm and titter. Turns out my old teacher was now teaching at their school! Yikes. Thankfully, she wasn’t in the audience when I was re-enacting her bodily tic.

What do you do when you are not writing?

I watch a lot of television and movies because I love stories and good TV programmes, and films help me be a better writer. I also read, sleep, and avoid chores like cleaning, cooking and gardening. When I’m avoiding writing, I go out to our horses or do all the things I’m trying to avoid. Or, sort the linen cupboard.

What would you have chosen to be if you were not an author?

I’m actually an English teacher. It’s what I have always wanted to be and what I love the most in this world. I also used to be a drama teacher and I still do that as an extra with some students at school. Teaching feeds into my writing. They’ve worked together so long in my life, I can’t imagine one without the other. However, my mother always said I would have made a good lawyer (on account of me talking a lot). I don’t think so because lawyers have to be so calm and logical and stick to the facts. Three attributes, thankfully, not useful to a writer.

Jesus Christ, hands down. We would sit on some lofty mountain somewhere and shake our heads at the insanity of this world. And then I’d ask all about the women he hung out with, but who the men (who wrote the Bible) never talked about.

You didn’t ask ‘what achievement are you most proud of?’ which is a pity because I do like to blow my own trumpet. So, I will tell you about a couple of things I pat myself on the back about: one, that I worked hard at school and got University Entrance despite a very difficult childhood and spending 18 months in foster homes at the end of my high school days; and that despite car accidents, getting third-degree burns, losing a family member and being very poor, I came out the other end ready to work hard and with a clear sense of what I wanted to do – be a teacher, be a writer, and change the world for the better. Two, I am proud of the fact that six years ago I put my money where my mouth is and began to learn te reo Māori. I now have a BA in Māori and though I know I will always be learning, I am pleased that I stuck with it.

Excellence Scholarship in Arts, The University of Otago, 2015 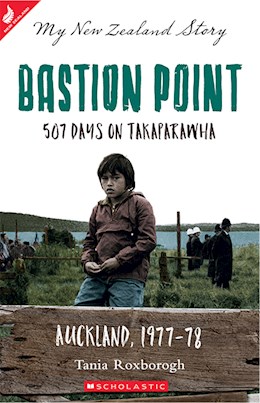